A tradition that moves with the times

Our most valued asset is the ancestral recipes and practice that have been passed on from father to son for five successive generations. Our soap has been tested and approved by the local market for over a century, providing our quality assurance.

Today the increasing need for skin-friendly cleansers has given us the opportunity to expand our sales in the international market. As a result, export sales have been growing steadily.

Our premises, preserved with the functioning tools and equipment dating from 1891, constitute a living memory of a unique local tradition. Therefore, in recent years the soap factory has become the subject of academic studies while attracting visitors from the tourist and educational sector. It has been a listed monument of industrial heritage with the Greek Ministry of Culture since 2008.

In 2017 the soap making technique of our house was inscribed on the National Inventory of the Intangible Cultural Heritage of Greece and the Lists which the relevant Convention of UNESCO has set forth.

Since the 19th century without interruption

In the early 19th century, Bazakis & Patounis from Kallarites, a mountain village in Epirus Greece, established a trade of woven capes to supply the army of Napoleon III. With the money, soap was bought from Marseilles and sold in Greece.

Through this commerce they learned how soap was made. In 1850 their first soap manufacture under the name “Bazakis & Co” was founded on the island of Zakynthos. According to available archives, this appears to be the oldest soap factory in Greece.

Their soap soon became renowned across Greece and beyond with the company experiencing great success. In 1891, at the peak of its operation, the business was expanded by building a second soap factory in Corfu. In the 1930’s the two families divided the operation. The Bazakis family stayed in Zakynthos, making soap until the 1970’s. The Patounis family settled in Corfu, where they continue to make traditional soap in the original factory.

Ιn the 1940’s Spyros Patounis the 4th generation member of the family, having studied chemical engineering, established a chemical laboratory for the quality control of their products. Since then the company has developed a scientific approach to its traditional practice.

Throughout modern history soap has been a necessity for hygiene and cleanliness in developed societies. It also found application in medicine and pharmacology, due to its healing and antiseptic properties. The quality of traditional soap depended not only on the maker’s skill, but also on the suitability of the oil. The soap made from oils derived from olives was highly prized and sought after. Therefore, most of the early soap manufacture developed around the olive producing regions of the Mediterranean.

However, an important factor was overlooked: the negative long term effects of the new chemical ingredients on human health and the environment. Today, we know that many of these chemicals are harmful and consumers are increasingly looking for pure natural cleansing products. To this need the existing traditional soap manufacture is able to respond by offering pure soap made of selected natural oils. It is widely accepted that this is the most suitable skin cleanser since it clears the skin’s pores by effectively removing dirt, oily substances and dead cells.

From natural oils to pure soap

In our manufacture the soap is made totally by hand. We use the same method we always did and it is as follows:

The oil is heated in an open cauldron together with natrium hydroxide to attain saponification. The mixture is washed out with sea salt solutions.

After about ten days cooking, the soap is hand-scooped into soap trays where is left to cool and harden.It is then marked, stamped and cut: all by hand, Finally, the soap is placed on wooden racks where it stays for 4 months to dry and mature.

After quality control the soap is ready for sale.

The natural way to healthy cleansing

We make soap using only the basic raw material of traditional soap manufacture with no additives. That is: natural oils, natrium hydroxide, natural sea salt and water.

Traditionally, this kind of soap would cover all cleansing and cleaning needs. It was also renowned for its disinfecting and healing properties and was used in many paramedical applications such as: Treatment of dermatitis, Controlling acne, Prevention of pressure ulcers (bed sores), Skin rehabilitation after removal of orthopedic cast, Local cleansing, in the preparation for microbiological urine sampling, Denture cleaning,

Our entire range of soap is suitable for Vegans

The different types of soap that we produce depend on the oil(s) used: 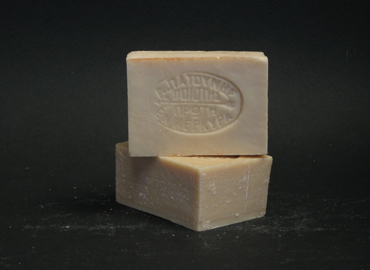 Olive Oil Soap is made totally of pure virgin olive oil. It has limited lathering capacity but is distinguished for its mild action. It is ideal for cleansing the face, infants and sensitive skin. 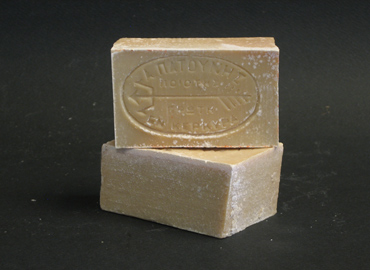 This soap is reputed for its thorough cleansing, while being friendly to the skin. It makes an excellent top to toe cleanser for all ages. 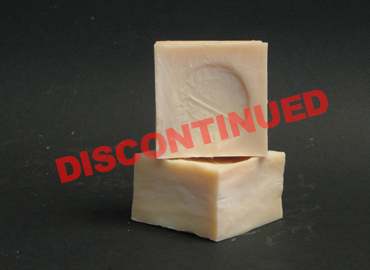 Olive-Palm Soap is made of pure virgin olive oil (82%) and palm kernel oil (18%). It is a gentle soap with a smooth lather, making it pleasant to use.

Suspended due to negative environmental impact of the palm tree excessive cultivation.

Green Laundry Soap was once the “steam engine“in traditional soap manufacture. Like green olive soap, it is made of
olive pomace oil
*Olive pomace oil is extracted from the skin and pit of the olives (after the extraction of olive oil). It contains extracts from the skin of the olives, including the olive’s chlorophyll.
. The difference is that it contains a controlled amount of extra alkaline that makes it more effective for hand-wash and household chores. 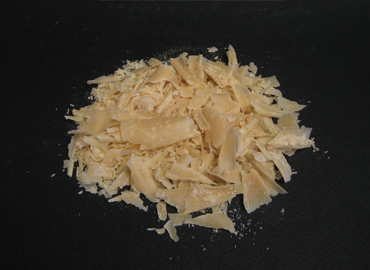 Recommended for: Footbaths, cleaning marble surfaces, use as an organic pesticide against aphids, use as a moth repellent. .